Having been diagnosed with Parkinson’s Disease, Guy Deacon, 60, began his epic expedition across Saharan Africa in November 2019. His aim - to confront Parkinson’s stigma in Africa whilst raising funds for ‘Cure Parkinson’s’. He completed over four thousand miles across Europe, Morocco, Mauritania, Senegal, Guinea-Bissau and Guinea, before arriving in Sierra Leone. Guy encountered many obstacles along his way, but it was the outbreak of COVID-19 that forced him to be repatriated in April 2020.

Cut to the present day, and Guy is more determined than ever to continue his mission to reach South Africa. This time around - with the support of BISEN Group - he will be cutting his carbon footprint in half by using EcoPro. The cutting-edge device has been fitted to Guy’s VW Transporter (T5.1206) diesel engine. Using his normal engine battery, EcoPro will catalyse deionised water to produce unpressurised pure hydrogen which is used to improve the efficiency of the combustion cycle. In turn, this reduces the fossil fuel usage and greenhouse gas emissions. In light of the recent COP26 summit and a heightened awareness of climate change’s devastating effects on Africa’s population and ecosystem, reducing the carbon footprint of the expedition is more imperative than ever.

Since his student days at Sherborne School, Dorset, Guy has always been fascinated by arid, desert landscapes. He experienced the terrain during his career as a British Army colonel, visiting Oman, Iraq, Afghanistan and the Sahara. However, it wasn’t until he retired that he had the opportunity to undergo such an ambitious challenge. “I now have the time, the inclination, the resources, and still have the health to undertake the trip.”

In 2011, Guy was diagnosed with Parkinson’s disease. This only strengthened his resolve to complete the trip. He describes how “there will be a time in the future when I can no longer drive and I will become dependent on others, but that time is not yet. I am going to carry on with my plan and not let Parkinson’s Disease stop me from living a full life.” Guy will be visiting hospitals and medical facilities along his route, carrying out basic research into Parkinson’s neurological care and the availability of Parkinson’s medication in remote areas. Guy quickly learned that the availability of Parkinson’s medication was scarce, his evacuation to the UK in 2020 transpired to be a useful opportunity to restock.

Ernest Sisay, BISEN’s Sales Director for Energy, and a Sierra Leonean, has said “Guy’s journey is an inspiration to the growing number of people that suffer from neurological conditions including Parkinson’s. Raising awareness through Guy’s brave solo drive demonstrates what can be achieved.  Our challenge is to de-stigmatise perceptions throughout Africa for sufferers and show them that they can do so much more with their lives and their families. We are delighted to support Guy with the development of the healthcare network along his journey, promotion of his supported charities, and use of the EcoPro technology to slash emissions and reduce fuel costs from his vehicle on the long drive from Sierra Leone to South Africa.”

The second leg of the journey will begin where it left off – Sierra Leone. Guy hopes to venture five thousand miles through Liberia, Ivory Coast, Ghana, Angola, Botswana and Namibia, culminating in South Africa. The road ahead will be precarious and has a bad reputation for bandits and bribery. Who knows what challenges Guy will face next? In his words “travelling overland across Africa is like playing snakes and ladders, however, there are three times more snakes than are there are ladders and the ladders are short and the snakes so long! Just when you think you’re making progress it goes wrong! It is therefore, really, really important not to worry about winning the game, but to just enjoy the experience.”x

To find out more about EcoPro’s carbon-cutting technology, click here to get in touch with us. If you’ve been inspired by Guy’s perseverance, why not visit his JustGiving page and make a donation. If you’re interested in his progress, click here to follow Guy’s travel blog. 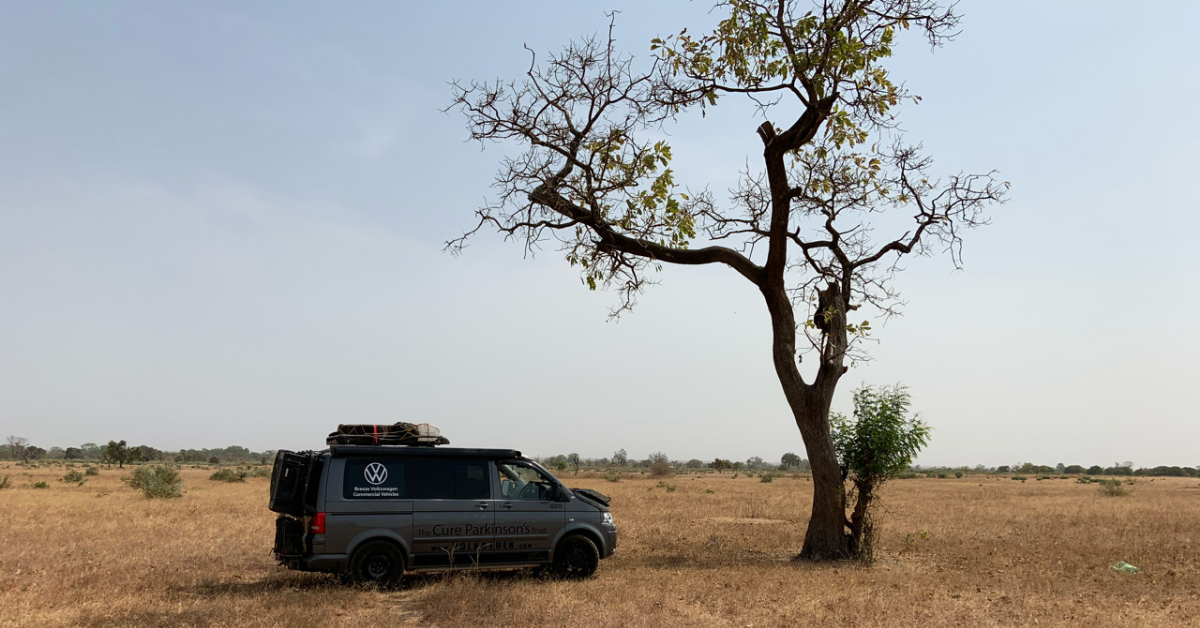 13UK Hovercraft Arrives in Lagos.
Yesterday saw the launch and sea trials of a Griffon 2000TD hovercraft in Nigeria.  This …

13BISEN Joins Minister of State for Trade & Investment in Colombia.
The good relations between the United Kingdom and Colomb…

13Yeovil company plays role in hovercraft and drone 'detect and respond' safety system.
A BUSINESS from Yeovil will play…